DNA testing providers will admit that there’s no one regulator for the UK market at present, rather a collection of principles, accrediting bodies and directives. In this article, I go through each of these organisations and guidelines in turn, and attempt to show where they’re relevant… 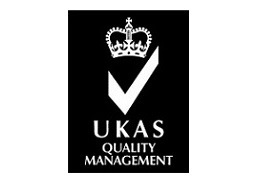 UKAS is a private, profit making organisation which allows providers to pay for an assessment of their laboratory against internationally recognized standards. The details of each UKAS accredited lab can be found on the UKAS website, where you can see exactly which materials they test – saliva and buccal cells predominantly – the types of DNA test they undertake, and the equipment that’s used.

The ability to check providers online may bring ‘peace of mind’ to the customer who insists their samples are processed in the UK. However, as the accreditation isn’t mandatory, it’s not going to shed light on the labs used by US providers, or on those used by companies that simply resell the tests.

The International Organisation for Standardization (ISO) 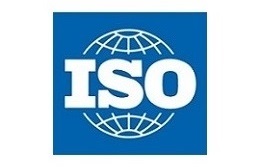 Many providers that own their own lab will display their ISO 17025 (or synonymous) accreditation on their website. This signifies that the lab is competent in testing and calibration, and it covers a broad range of areas such as managerial capability, how customers are communicated with, and the testing methods themselves. Providers that offer ‘court approved’ DNA tests (e.g. paternity tests for custody cases) must use a lab with an ISO 17025 accreditation as required by the Ministry of Justice. However, for ‘peace of mind’ relationship testing, genetic ancestry and genetic predisposition testing; this accreditation is not a legal requirement. 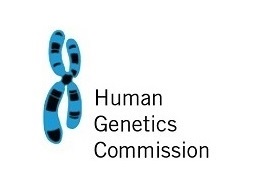 The HGC was a government body that advised on the ethical and social aspects of genetics. They were decommissioned in October 2010 but published many papers that are used still as a guideline by DNA testing providers today. One of the most commonly cited HGC papers is ‘A Common Framework of Principles for direct-to-consumer genetic testing services’ published in July 2010.

The principles were designed to ensure high standards and consistency in genetic testing, but it was suggested that the HGC worked a little too closely with deCODE genetics, a private DNA testing firm, in whose interests it was to keep the regulation ‘loose’. Although the principles are non-enforceable and arguably permissive, they include many positive guidelines, a few of which I discuss below.

For example, they state that providers must offer pre and post-test counselling to the customer according to their personal and familial circumstances. That any claim, which is particularly pertinent for genetic predisposition tests, must be supported by peer reviewed scientific research consisting of several large case studies, where a significant number of participants share their ethnicity and geography with the customer.

The guidelines also state that an association made between a genetic variant and a disorder must be in line with the ‘Strengthening the Reporting of Genetic Association’ (STREGA) initiative, which is discussed later.

The principles go on to stipulate that minors should not receive genetic predisposition tests unless there’s a medical benefit, and that tests advising diet or fitness plans tailored to a person’s genetics should only be available to adults.

Although now inactive, a number of the HGC’s responsibilities have been passed to the Emerging Science and Bioethics Advisory Committee (ESBAC). It does not yet appear that this body has made any revisions to the last set of principles issued by the HGC. 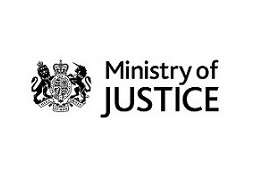 Many providers offer ‘court approved’ DNA tests which can be commissioned by the courts to help settle legal cases under section 20 of the Family Law Reform Act 1969.

For a provider to receive a ‘section 20’ accreditation, the Ministry of Justice has many requirements, three of the most relevant being: 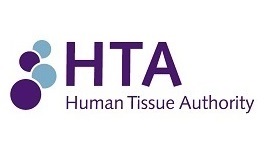 Issued by the Human Tissue Authority, this act states that it’s illegal to possess a sample of an adult’s DNA with the intent to submit it for testing without that adult’s consent. If convicted of this offence, a person may receive a prison term of up to three years, a fine, or both.

Although there are exceptions to this act (e.g. DNA testing for criminal investigations), the legislation is comprehensive and covers a variety of circumstances to prevent your DNA from being illicitly tested. It should be noted that US providers still offer certain types of DNA test to customers in the UK, implying that third party samples can be tested without that third party’s consent (e.g. discreet paternity testing and infidelity testing). This is one of the regulatory gaps that needs to be addressed.

The EU directive on in vitro diagnostic medical devices (IVD) 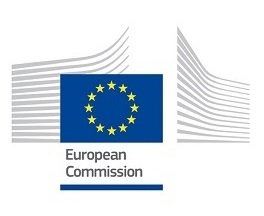 The use of ‘in vitro’ in the directive’s title means that the devices covered by the directive are used for testing organic material outside the living organism it comes from. The current directive ‘98/79/EC’ does not refer to devices used for the DNA tests you can take at home, but there have long been calls for it to be updated and several of the changes due to go through in 2017 are discussed below.

For example, the clinical data that a device generates must be expected to be reliable and robust – an important distinction for genetic predisposition testing which I’ll come to – and before using the device, the customer must be provided with appropriate and comprehensible genetic counselling. It should be noted that the requirement for a customer to receive counselling before purchasing a DNA test, would cause many providers to stop offering their tests in the UK.

Other proposed changes to the directive require that genetic counselling be defined by the results’ significance to that customer, their family, and even to their ‘procreation choices’. It’s hard to imagine a framework that could consistently achieve this.

Currently ‘nutrigenetic’ tests – those which provide a diet plan according to your genetic predisposition – are not covered by the proposed changes to the directive. However, it’s pointed out that tests of this kind could negatively affect a customer if conducted inaccurately and without appropriate regulation.

The MHRA are a government agency and part of the Department of Health – they are tasked with regulating the medicines and medical devices used by UK labs, and are responsible for enforcing the EU’s IVD directive. Although the IVD directive doesn’t currently cover the DNA tests you can take at home, if the proposed changes are passed into law in 2017; the MHRA will be one of the key organisations that regulate the DNA testing providers in the UK.

This is a government department which helps parliamentarians examine science and technology issues effectively. A report published by POST in March 2012 suggested two major problems with the DNA tests you can take at home, and with genetic predisposition testing in particular:

1.   The DNA tests are predominantly purchased online and so the international market is difficult to regulate.
2.   There is no requirement for an association between a genetic variant and its claimed clinical significance to be backed up by clinical evidence.

The first issue is definitely a concern – would the MHRA have the power to prohibit US providers from selling DNA tests in the UK should they fail to adhere to the IVD directive? If the Human Tissue Authority isn’t preventing US providers from selling DNA tests that encourage customers in the UK to contravene the Human Tissue Act; I feel this is a valid question.

An example of where clinical data generated by a DNA test may not be reliable and robust is for genetic predisposition testing. Several tests on the market today give a genetic risk estimate that a person will suffer with a disorder later in life. To produce this result, raw genetic data must be interpreted according to scientific research. But although research exists that supports genetic variations being statistically associated with many disorders; a proportion of these disorders are also believed to be affected by unknown genetic variations, potentially invalidating the result.

Another issue with interpreting genetic data according to scientific research is that; if the research is incomplete, or if research exists that contravenes a claimed association; which study should be chosen to base an interpretation on?

The HGC principles offer a potential solution to these problems; that research used to support genetic predisposition testing should be in line with the STREGA initiative. But if this principle could be enforced, would this ensure that the interpretation was valid?

The Strengthening the Reporting of Genetic Association (STREGA) initiative 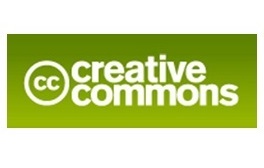 The STREGA initiative, published by a multi-institutional team, is a framework distributed under the terms of the Creative Commons Public Domain declaration. It consists of 22 requirements which, if followed, ensure that the studies claiming an association between a genetic variant and a disorder are adequately reported. Unfortunately, the initiative does not detail how a study should be designed to produce reliable and robust evidence of a genetic association, so this is a far cry from stipulating which studies should be used as a basis for genetic predisposition testing.

Dr. Helen Wallace of GeneWatch UK has pointed this out in response to the HGC’s 2010 principles; that the STREGA initiative is not a validation framework. Dr. Wallace goes on to say that genetic predisposition tests should undergo a pre-market assessment for their analytical validity, clinical validity, and their clinical utility – all overseen by an independent regulator. 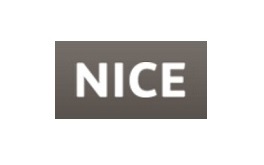 Whilst discussing Dr. Wallace’s suggestion with Dr. Charles Callen, a medical doctor working in the private sector, he suggests that NICE could potentially regulate claims of an association between a genetic variant and a disorder. NICE is an advisory body and part of the Department of Health. They have geneticists on staff and currently rate medical advice for use by the medical profession. They are internationally recognized for the rigorous way in which they develop their recommendations, aiming to incorporate the views of experts, patients, carers, and the private sector in their advice.

Although it goes without saying that an advisory body is ill-equipped to carry out regulatory functions, NICE might be a good place to start.

Where this leaves us…

It’s clear that there’s currently a regulatory gap when it comes to the DNA tests you can take at home, but that an updated IVD directive enforced by the MHRA could be the answer. In terms of an independent body that decides which research is adhered to for genetic predisposition testing, and by extension, which disorders may be reported on; I think we’re a long way off.

In terms of how effective an updated IVD directive will be for regulating DNA tests sold to UK customers by providers in the US, I’m unsure. I also foresee issues with judging pre-test genetic counselling to be ‘comprehensible’. If telephone or video consultations with customers by genetic counselors were introduced, how can it be consistently demonstrated that the repercussions of all possible testing outcomes are understood?

In addition, there seems to be little concern for providers using a customer’s genetic data for uses outside the service purchased. In today’s ‘tick the box to agree’ culture, even if consent from the customer is procured; I don’t believe the implications of sharing a person’s partial or total genome are yet fully understood. I’d like to see a stipulation in the IVD directive that customers must demonstrate ‘informed’ consent before allowing their genetic records to be used by providers for ‘other purposes’.