What is genetic screening?

What is genetic screening?

The short answer to the question ‘What is genetic screening?’ is that it’s a type of DNA testing that will identify a susceptibility to a medical condition, either for yourself or for your children. Genetic screening is normally undertaken for conditions that are caused by a mix of genetic and environmental factors.

When it comes to DNA screening, there are a number of available testing options. For help, you can visit our DNA health testing page to read reviews for the companies that can evaluate your genetic predisposition to disease or report on your carrier status.

There are several types of genetic screening and it can be known by a number of names, so we’ve tried to answer the question ‘What is genetic screening?’ by explaining the different terms in this article.

Our DNA has been shown to play a significant role in the diseases we may suffer with, and genetic predisposition tests – tests that assess your disease risks in terms of genetic factors – are the most common type of DNA screening. This type of DNA health test can be taken by anyone, but is especially useful to individuals where a disease runs in their family, and who show no symptoms at the time of testing.

Disease is often caused by a mixture of environmental factors and genetics. However, for most conditions, the contribution of genetic factors is not yet widely understood. Despite the challenges, intensive progress has been made in this area in recent years. Thousands of scientific studies have established associations between specific genetic variants (variations in a person’s DNA that aren’t possessed by the population as whole) and an increased risk of developing conditions.

These studies have been used as a basis for making genetic predisposition testing available online. Although it’s important to remember that these tests are not diagnostic, they do provide the chance to be better prepared if it turns out that you have an increased risk of developing a condition. Many tests will come with recommendations for how to manage your risks, and even prevent them in some cases. Much of the advice is what you’d expect (e.g. quit smoking, improve your diet, exercise regularly) but there are instances where certain treatments or supplements can delay or prevent the onset of a condition. 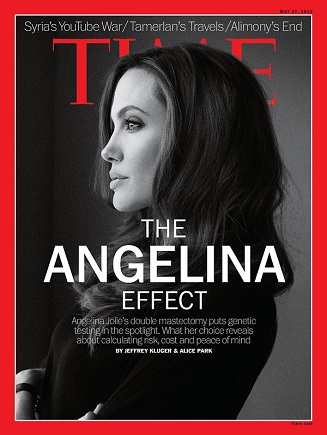 Testing the BRCA genes for potentially harmful genetic variants is probably the most well-known example of genetic screening. Certain BRCA variants have been strongly associated to an increased risk of developing breast and ovarian cancer. Awareness of this type of screening rose after the actress Angelina Jolie underwent a preventative mastectomy, following results that showed she carried harmful BRCA variants. The risk of ovarian and breast cancer in women who possess these BRCA variants can be more than 50% higher than average. Men who carry harmful BRCA variants also have an increased risk of breast cancer, though generally less so than women.

However, for many of the harmful genetic variants that a genetic predisposition test can report on, carrying them doesn’t mean that you will definitely suffer with the disease they’re associated to. It’s also important to note that if a test shows that you do not carry a harmful variant, you may still suffer with the condition it’s associated to – environmental or currently unknown genetic factors may still affect your risk of suffering with the condition.

BRCA gene testing and genetic counseling for women who meet certain criteria (e.g. they have a family history of ovarian or breast cancer) is covered by many health insurers. If you’re worried about your risk, we’d recommend you contact your provider who’ll be able to explain what’s covered by your plan.

Carrier screening is used to identify the genetic variants that someone carries which may affect their children. The carrier is typically unaffected by these variants, but should both parents carry a harmful variant; there’s a risk that their child may suffer with a condition. These tests can be taken by anyone but are particularly useful to couples where one of the individuals knows that they carry a harmful variant, or if they’re aware of a hereditary disorder in their family.

Carrier screening is commonly used to identify genetic variants linked to ‘recessive’ conditions. If two people in a couple undertake carrier testing and they’re both shown to possess a genetic variant that’s linked to a recessive condition, there’s a risk that their child may develop it.

If you’re interested in this type of test, check out the providers on our DNA health testing page and look for providers that offer carrier screening tests.

Preimplantation testing is a type of DNA screening that is used as part of the process of in vitro fertilization (IVF) to decrease the risk of having a baby with a particular chromosomal or genetic disorder. Unlike the types of genetic screening discussed previously, preimplantation DNA screening is not usually carried out unless the couple know they are at risk of having a child with a genetic disorder, perhaps due to the results of carrier screening tests or other, non-genetic testing.

Preimplantation screening involves taking a small number of cells from the embryos before they are implanted in a woman’s womb, and screening them for genetic variations or chromosomal abnormalities. This allows the embryos that are most likely to develop into healthy babies to be embedded into the mother’s uterus. 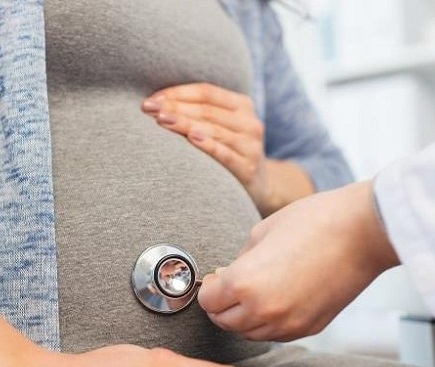 This is genetic screening that can be undertaken for an unborn baby during pregnancy. This type of screening is commonly carried out to check for chromosomal abnormalities such as Down’s syndrome. Until relatively recently, prenatal genetic screening was conducted using chorionic villus sampling (CVS) or amniocentesis, both of which increase the risk of miscarriage. However, ‘non-invasive’ screening is now available which does not increase the risk of miscarriage. This simply involves taking a blood sample from the mother and testing the fetal DNA that can be found within it.

If you’d like to read more about prenatal genetic screening, we’d recommend taking a look at our articles What is a prenatal DNA test? and DNA testing during pregnancy.

Unlike the previous types of DNA screening we’ve discussed (where specific genetic variants are analyzed); whole exome sequencing will report on all the genes (and genetic variants) that code for proteins – these genes are believed to have the most functional roles in our bodies.

You may be surprised to learn that the exome only makes up about 1.5% of the genome (the full DNA sequence) but is thought to contain about 85% of the variants that are associated to disease. Whole exome sequencing reports on all these variants in one go. However, it’s important to note that some companies will sell you your whole exome sequence without actually interpreting it. In these cases, you’ll receive a list of the variants in your exome that you possess, but you’ll need a professional to explain what they mean. If you’re interested in buying your whole exome sequence, make sure you understand who’ll be interpreting the data before you purchase.

Although we understand a great deal about the genetic variants that can be found in our exomes, many variants are still being researched. This means that whole exome sequencing will report on genetic variants that are both associated and not yet associated to a condition. To get the most from your whole exome sequence, it’s worth keeping up with latest research so that when an association between a genetic variant and a condition is discovered, you can check to see if you possess that variant, and take action if necessary.

As scientists are still trying to discover the purpose of the other 98.5% of our DNA, many individuals opt for whole exome sequencing instead of whole genome sequencing.

The cost of this type of testing has decreased dramatically over the last decade, dropping from several million dollars to less than one thousand today. This is obviously still significantly more expensive than most other genetic tests, and therefore few individuals buy their whole genome sequence. Most whole genome sequences bought today are purchased by research institutions on behalf of study participants, and these sequences have proved to be a powerful tool for discovering new genetic associations to disease.

If you’re interested in buying your whole exome or whole genome sequence, head over to our DNA Sequencing page to see a full list of the providers that sell them.

Testing for a Genetic Diagnosis

At the beginning of this article we touched on testing for a genetic diagnosis (aka diagnostic testing), and how it’s different to most types of genetic screening. Diagnostic testing is typically used by medical professionals to investigate the association between a person’s DNA and the disease that they’re suffering with. Tests for a genetic diagnosis are not available to buy online.

One of the most recent applications of diagnostic testing is for cancer patients. Not only can the patient be tested to identify the types of medication that will be most effective for them, but the tumors can be tested to identify genetic changes in the cancerous cells. This information can help doctors make better treatment choices.

We don’t list the companies that offer tests for a genetic diagnosis, so if you’d like to learn more – and as is the case for most types of genetic screening – we recommend that you discuss your situation with a medical professional. They will help you to determine whether diagnostic testing is an effective option for you. 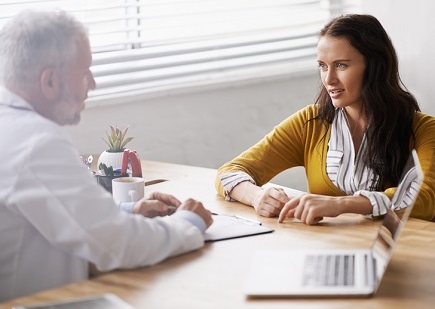 A genetic counselor will be able to explain the benefits, the limitations, and the risks of the genetic screening test you’re interested in. They can also address the emotional and social factors associated to testing.

It’s worth noting that some of the companies who offer genetic screening will provide access to genetic counseling as part of the service, so make sure you check this before buying.

If you’d like to buy a genetic screening test that’s available online (which excludes preimplantation and diagnostic tests), you’ll be able to order a testing kit to be delivered to your home or to your doctor. In some instances, the provider will require your doctor to agree to the test first, or they may help you to make an appointment with a medical professional for approval.

Once you’ve received the testing kit or it’s arrived at your doctor’s surgery, you’ll be able to collect a DNA sample using a cheek swab or saliva collection tube. In rare cases you’ll be asked to provide a drop of blood which can be collected by applying a painless lancet device to your finger. Rest assured that the kit will contain instructions for sample collection, along with information about the test, and potentially consent forms for you to sign.

A few weeks after you’ve returned your sample to the provider’s lab, you’ll receive your results via email or you’ll be given access to an online account to view them.

The Cost of Genetic Screening

You may be asking yourself ‘What is genetic screening going to cost?’ The cost of DNA screening can vary significantly as it depends on a number of factors, prices range from $200 to $1,000.

As a rule, the more conditions (and therefore genetic variants) that you’d like to test for, the more expensive the test is going to be. However, other factors such as the inclusion of genetic counseling or the requirement for prenatal genetic screening can have an impact on price as well.

For those who have taken a test with 23andMe, AncestryDNA or Family Tree DNA; you can download your raw genetic data – this contains information about a number of the genetic variants that have been found in your exome. The data can then be uploaded to a third party site that will re-analyze it to report on these variants and the conditions they’re associated to. The cost of reanalyzing this data is often a lot cheaper than buying a brand new testing kit.