Of course, you may know or suspect you have Jewish ancestry, and wonder whether your ancestors were Ashkenazi, Sephardic, Mizrahi, Ethiopian, or Yemenite Jewish, and whether ancestry testing can reveal this. Most ancestry DNA tests will only reveal Ashkenazi Jewish ancestry, since the descendants of other Jewish communities tended to have intermarried more often, and so are more admixed with other ethnicities than Ashkenazi Jews.

What are the different Jewish communities?

If you only suspect you have some Jewish ancestry, but you and your immediate family are not religiously Jewish, then you may not know much about the different Jewish communities and where they migrated to out of the Middle East.

Ashkenazi Jews now make up the majority of the Jewish community in the United States. During the eighth and ninth centuries, they migrated into east and central Europe following waterways and trade routes. People of Ashkenazi origin are often called “European Jews”. 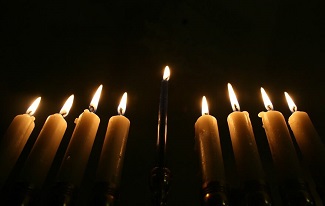 Sephardic Jews belong to a group that migrated to the Iberian Peninsula and flourished during the Middle Ages, until their expulsion from Spain in 1492. Sephardic Jews travelled to the Mediterranean, the Ottoman Empire, North Africa, and even the Americas.

Mizrahi Jews remained in the Middle East, establishing large communities in Iraq, Iran, and Yemen. Today, most Mizrahi Jews reside either in the United States or Israel.

Ethiopian Jews belong to an ancient community dating back more than one thousand five hundred years. Not much is known of their history, since before the 20th century most Ethiopians lived a nomadic lifestyle and relied on oral traditions. In the late 20th century, many Ethiopian Jews migrated to Israel, leaving only a small community behind.

Each community has their own culture and traditions, and they often speak different and multiple languages, though some are falling out of use. Today, the ancestry of many Jews is an admixture of different communities, and many practicing Jews follow traditions historically belonging to different groups.

When it comes to ancestry DNA testing, most companies only offer autosomal testing. Autosomal tests analyze the DNA in 22 of our 23 pairs of chromosomes, which we inherit from our mother and father in an almost 50:50 split. From our autosomal DNA, we can trace the ethnicities of our ancestors up to ten generations back, but we can’t tell which parent our ethnicities are inherited from, unless we compare genetic results with them.

Traditionally, Jewish heritage is inherited from the mother, though this distinction is becoming less important.

Some companies offer maternal and paternal ancestry testing, which will reveal your male and female haplogroups. Maternal haplogroups are revealed by analyzing mitochondrial DNA (mtDNA) which men and women both inherit from their mother. Paternal haplogroup analysis relies on testing the Y-DNA of the Y chromosome, which those born genetically female don’t have. (However, women can still trace their paternal ancestry through certain male relatives. We have published a guide for women who wish to trace their paternal ancestry here. More information about the differences between male and female DNA testing can be found here.)

Maternal and paternal ancestry analysis will trace your mother- and fatherlines, revealing the migratory paths your ancestors took out of or within Africa.

So, which companies are best for Jewish DNA testing?

There are several ancestry testing companies whose results will reveal Jewish DNA, though in different ways and with different levels of detail.

MyHeritage
MyHeritage offers an autosomal DNA test, along with a family finder feature. While their test doesn’t analyze maternal and paternal haplogroups, it can differentiate Jewish ancestry, and different types of Jewish ancestry.

MyHeritage’s company began in Israel, and so it is unsurprising that their test offers superior detail on Jewish ancestry, as well as different Middle Eastern ethnicities. Though you cannot use their autosomal test to trace migratory routes, you can connect with family members in their database, and take advantage of their family records subscription service, which can help you research your Jewish family history.

23andMe
23andMe’s ancestry DNA test includes both autosomal testing, and maternal and paternal analysis. Their DNA test can reveal Ashkenazi Jewish ancestry, though other Jewish ancestries will likely show up as “Middle Eastern & North African”, or another regional ethnicity. This is because people of Ashkenazi Jewish heritage are historically endogamous (meaning they have tended to marry within their own social group), and so are easier to genetically identify.

Your Jewish heritage may also be indicated by your haplogroup, particularly if you belong to one of the maternal or paternal haplogroups listed above. 23andMe’s haplogroup analysis also produces a map showing your ancestors’ migratory paths.

Connecting with your genetic relatives in the 23andMe database may also suggest Jewish heritage. If a significant number of your relatives have Jewish ancestry, then it is likely you do too.

AncestryDNA
AncestryDNA offers an autosomal test and family finder tool. Their test can identify Ashkenazi/European Jewish ancestry, while other sorts of Jewish ancestries may appear as regional ethnicities. They have a database of over ten million users, and so if you wish to discover Jewish relatives and research your family tree, then you are likely to find at least distant cousins in their database.

Their DNA test can be combined with their family records subscription service, which can allow you to trace back your Jewish heritage through your family history. Connecting with cousins will allow you to populate and fill in gaps in your family tree, and work out where exactly your ancestors came from.

GPS Origins
GPS Origins developed their test with researchers that studied the migration of Jewish populations. Of the 500 reference groups used in their analysis, they have included several of known Jewish origin. GPS Origins won’t match you to living relatives, but they will reveal the proportion of your DNA that you share with Jewish populations.

If you have Jewish ancestry, the migratory paths can help you work out which Jewish population you’re descended from, though this is by no means definitive.

As mentioned, most ancestry companies only test for Ashkenazi Jewish heritage, since this community is the easiest to identify using genetic testing. Given the majority of the Jewish community in America is Ashkenazi, they are probably the most well-represented Jewish population in DNA databases, which means that people of Ashkenazi origin are most likely to find relatives and to receive DNA results that reflect their family heritage. 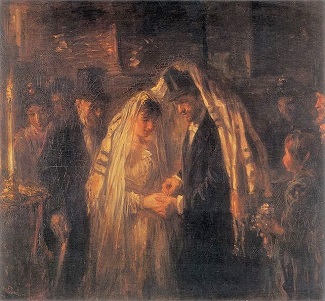 However, since for a long time intermarriage between Ashkenazi Jews and people outside their faith and community was rare, the community has largely been in genetic isolation for several hundred years. This means that people of Ashkenazi heritage are more genetically similar than most populations, and often share stretches of identical or semi-identical DNA even if they are related only very distantly.

If you’re interested in discovering living relatives specifically from the Ashkenazi Jewish population, it’s recommended that you only look at matches where you share more than 2% of your genetic markers with that person.

You can read our guide for finding family members in DNA databases here, or Jennifer Mendelsohn’s guide for working out who your closer Ashkenazi relatives are here.

Dear friend,
Greetings from samuel..G.V. Most of our ancestors, during the second world war migrated to india via Burma and Sri Lanka. Hence I want to know

I am from Northern New Mexico & suspect I have Jewish heritage. I am interested in. DNA test

Is there any possible way to get a DNA test free of charge? I am financially unable to buy the kits and tests.

Want to know my heritage

Ancestry showed I was 1% Jewish when I took the test, now it doesnt show this. Does this mean I’m no longer Jewish?

Is there any possible way to get a DNA test free of charge? I am financially unable to buy the kits and tests. My birthday is coming up and I truly believe I may be…

My fathers parents came to America from France. I feel they were French Jews but since my grandmother had all boys she possibly didn’t carry the lineage. Nothing was ever spoken of this but I am 60% sure my fathers heritage has Jewish descents. What is the best DNA company that could help me.

Had a dna test done found out am 56% German but also belong to Ahaplogroup that includes Benjamin Netanyahu. But as far as 2 generations of family no Jewish history. That i know of. Should I take another DNA test to discover my Jewish roots. I know this sounds crazy to take another test but I really would like to know. Thank u

My mother’s name was draughon.her ancestors came from germany hundreds of years ago..she suspects she may have jewish roots.my dad may have had common jewish name of jones and his mom was a dickerson
I cant afford genetic kit,can you help me find my roots?