As discussed in a previous article, Regulating consumer DNA tests for health in the UK: The story so far…, there is currently no legislation for ‘direct to consumer’ (DTC) DNA tests. However, it has long been accepted that the EU directive for in vitro diagnostic medical devices (currently the IVD Directive 98/79/EC) is being updated to do just that.

When we last looked at the proposed updates to the directive in early 2015, we felt they were strong with many safeguards to protect individuals whom purchase DNA tests online. We also felt that they were too broad, and that they risked suffocating advances in personal healthcare that could bring a host of benefits to individuals and society.

After 18 months of trialogue between the European Council, Parliament and Commission, we decided to review the latest round of proposed updates once again. Interestingly, they’re much more relaxed than they were in early 2015, with certain controls becoming looser and less clear. Protection for individuals appears to have been reduced in order to help the DTC DNA testing market grow, and to give more freedom to the Member States to regulate their own markets – we understand that a recent consultation with the companies that sell these tests (e.g. 23andMe) is partly responsible.

Individuals are no longer required to demonstrate informed consent before buying a DNA test online and age restrictions are no longer recommended – both points that we expected to be included. This is disappointing given the additional regulations that have been added for performance studies – studies that assess the clinical and analytical performance of a device – as it feels like efforts to safeguard the public have been diverted. Genetic counselling is still mandated but the wording is frustratingly vague and now only covers a small subset of DNA tests.

The first reference to genetic testing in the updated directive (Annex (8a)) provides an insight into the reasoning behind the loosening of regulation. It explains that “divergent national rules” regarding genetic testing do not currently have a significant enough impact on the internal market to require EU regulation to intervene. This is a fair assessment and it’s frequently stated that the updated directive will not prevent separate Member States from introducing their own measures to further regulate the industry. That’s all very well for countries such as Germany whom have already taken the initiative to introduce further measures, but this leaves individuals in countries such as the UK with relatively low levels of protection.

The reference to the ‘internal market’ in Annex (8a) is also illuminating, emphasising concern for the economic impact of over-regulation. This is clearly a crucial consideration but the success of DTC DNA tests in the market relies primarily on their safety, which we’d argue is more important.

Which types of test are defined as in vitro diagnostic medical devices? 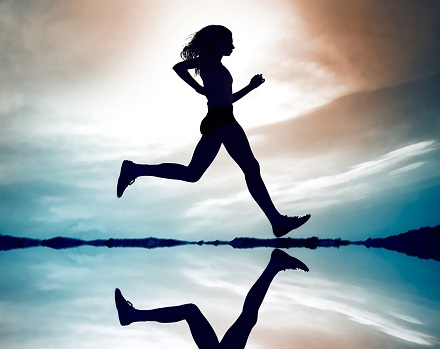 Genetic tests are next mentioned in Annex (11) where it’s stated that “tests that provide information on the predisposition to a medical condition or a disease (e.g. genetic tests)” are considered to be in vitro diagnostic medical devices. This definition is much less broad than the one proposed 18 months ago, which attempted to expand the definition of a medical device to that having a “direct or indirect impact on health”.

It appears that companies selling DNA tests for the purpose of providing nutritional or fitness guidance no longer need to worry about the updated directive, but should they? There’s no doubt that erroneous nutritional or fitness advice can be harmful, so we’re surprised that the opportunity hasn’t been taken to regulate these types of test.

It’s worth noting that Annex (11) also defines in vitro diagnostic medical devices as those that “predict treatment response or reactions”. This therefore includes pharmacogenetic tests which predict an individual’s response to a drug or treatment, and although this expands number of tests that the updated directive covers, it still doesn’t include DNA tests that provide nutritional or fitness guidance.

Article 4a of the updated directive is dedicated specifically to “Genetic information, counselling and informed consent”. This unsurprisingly includes the most specific regulations relating to DNA testing, and does add significantly to the last version of the directive. The first point in this section (Article 4a (1)) refers to the healthcare aspect of these tests, healthcare being defined in the following way (taken from Directive 2011/24/EU):

Article 3
‘healthcare’ means health services provided by health professionals to patients to assess, maintain or restore their state of health, including the prescription, dispensation and provision of medicinal products and medical devices;

This definition only covers tests provided by health professionals, which initially suggested that the regulations would exclude most DTC DNA tests. However, Article 4a (1) later makes provision for tests that are used “for the medical purpose of diagnostics, improvement of treatments, predictive or prenatal testing”. This covers most types of health-related DTC DNA test and is far more specific than the last version of the directive. Article 4a (1) also reiterates that any kind of nutritional or fitness DNA test is not subject to these regulations.

Fortunately there is now a requirement for anyone taking a genetic test – one that’s considered to be an in vitro diagnostic medical device – to be provided with “relevant information on the nature, the significance and the implications” of the test. This is an important expansion on the last version of the directive as several currently available tests can report on an individual’s genetic predisposition to serious and sometimes untreatable conditions. Although this provision sounds as if it might require companies to have their customers demonstrate informed consent or have access to genetic counselling before they purchase, the wording does not explicitly mention either. Neither does it include guidance about how this information should be provided or to what extent.

Article 4a (2) adds further ambiguity. It requires Member States to “in particular ensure” that genetic counselling is available when tests may reveal a predisposition to an untreatable condition. This addition is certainly a step in the right direction, as no reference to genetic counselling had been made in the last version of the directive, however, the provision is frustratingly vague in its scope. There is no mention of when access to counselling should be made available which is surprising – we believe that counselling should be made available both before and after, and this approach is universally agreed on in the genetics community, so why the ambiguity?

There’s also no mention of what form the counselling should take – there’s a huge difference between speaking to somebody face-to-face versus discussing on a call or via videoconferencing.

Moreover, no definition of genetic counselling is included and the requirement that customers should be given “appropriate access” to it is open to interpretation. The fact that counselling only has to be offered to those who screen for untreatable conditions also raises several issues. Defining an ‘untreatable condition’ is difficult – there are treatments for Alzheimer’s disease but it isn’t yet curable. Also, many treatable conditions are life-changing, breast cancer being one example – you could argue that the life-changing aspect of these treatable diseases should require genetic counselling to be mandatory when taking a DNA test to screen for them.

Article 4a goes on to explain that genetic counselling does not need to be provided if the person tested has already been diagnosed with the condition or disease. This is unlikely to affect DTC DNA testing which is rarely used for diagnosis. This exclusion makes sense as a medical professional would have commissioned the original DNA test that led to the diagnosis, and they’d have advised the patient both before and after taking it.

Article 4a touches on the issue of informed consent, but only by saying that nothing in the directive will prevent Member States from introducing their own measures to deal with it. Again, this is another example of a requirement that is universally agreed on by the genetics community, but which is has been disappointingly sidestepped.

Genetics is also mentioned in the ‘General Safety and Performance Requirements’ section under clause (17.3.1a). It requires devices “used for human genetic testing” to adhere to new packaging rules that require the instructions for use to “contain a link to a website where the summary of safety and performance is made available to the public via Eudamed” – ‘Eudamed’ being the ‘European Databank on medical devices’ (it is hoped that Eudamed will enable all individuals to access information about the in vitro diagnostic medical devices they might use).

For companies already using salvia collection kits for DTC DNA tests, significant information is already provided. However, the vast majority of tests are performed using buccal swabs, so it’ll be interesting to see companies put pressure on their suppliers to summarise the safety and performance of their swabs!

A surprising but sensible addition to the directive is the inclusion of software as an in vitro diagnostic medical device in its own right. This is presumably in response to the increasing number of healthcare apps which can analyse the digitised genetic data obtained from a DNA test.

The last time we reviewed proposed updates to the directive it mentioned software but in reference to when it was “necessary for its (the device’s) proper application”. The updated directive goes much further, stating that “software in its own right…is qualified as an in vitro diagnostic medical device” if made to be used for at least one medical purpose (as detailed in the definition of an in vitro diagnostic medical device). It is also interesting to note that software claiming to enhance ‘well-being’ is explicitly excluded, meaning that any software relating to nutrition and fitness is not subject to the regulations.

It’s been interesting to observe how the proposed updates to the IVD Directive have shifted in just 18 months, but given the speed at which the DTC DNA testing market is growing, it’s still surprising how little of the directive is given over to these tests.

There’s clearly a preference for letting Member States have more freedom and a feeling that the market should not be stifled, but the cost of this flexibility is a concern. 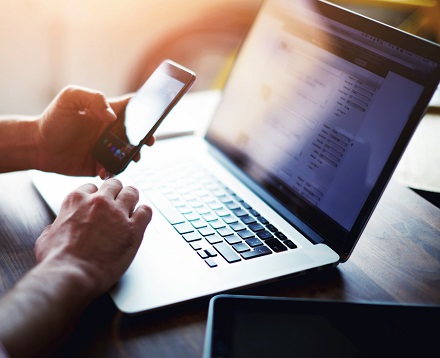 We welcome a tighter definition of an in vitro diagnostic medical device, and we’re glad that it’s been extended to cover software, but we’re surprised that the definition no longer covers DNA tests for fitness and nutrition. There’s no doubt that the wrong fitness and nutrition advice can be harmful, so why have these types of test been sidestepped?

For individuals taking DNA tests for healthcare purposes, such as those that provide a genetic predisposition to a disease, we applaud the requirement for organisations to give relevant information on the nature, significance and implications of the test. But when it comes to genetic counselling, it’s disappointing that the provisions are so much more vague than they were before.

Most startling is the fact that informed consent for DNA tests has been totally de-emphasised, something we consider to be of vital importance in an age where individuals will agree to 35 pages of unread terms and conditions in the blink of any eye.

The European Council, Parliament and Commission are clearly developing a more sophisticated understanding of genetic testing, which is definitely positive, but we don’t yet feel they’ve got the balance quite right. Hopefully the final round of proposed updates will provide more specificity and show greater recognition of the DTC DNA testing market.