The enterprising individuals among you will probably answer this with a resounding ‘yes’, but if you’ve taken an online DNA test in the last 10 years, I’m afraid there’s a chance that you’ve already sold it.

Let me back-up. It’s been possible to order DNA tests online to take at home since 2004, each requiring an organic sample such as saliva or blood. The vast majority of tests have only extracted a tiny percentage of the information in your DNA to give you a result, be it a paternity test, genetic ancestry test, or genetic predisposition test.

Many DNA testing providers will have destroyed the organic samples once they’ve been processed, and many will hold a digitised version of the genetic information they’ve extracted, solely for the purpose of customer queries. But a few will have kept those organic samples, they’ll be using your genetic information for commercial research, and they’ll be selling access to both, for a price.

‘But what about the data protection act!?’ I hear you ask, and you’d be right to be indignant, but the devil is in the detail, and nothing substantiates this cliché better than the small print. Yes, I think you’d be surprised by the number of providers that’ll have you sign away your genetic ‘intellectual property’, with a crafty clause in their terms and conditions.

Back in 2001, sequencing your DNA cost $100m, so you’d be forgiven for thinking that your DNA was practically undecipherable, and so who cares which companies have stored a sample? But now that the cost of sequencing your DNA from an organic sample is less than $1,000 (forecast to cost less than $100 by the end of next year), the entire code that determines how your body grows and functions is very accessible, and very tempting. Not to mention the fact that once your sequence is digitally transcribed, it’s never been easier to copy it, distribute it, and leverage today’s awesome processing power analyse it.

‘23andMe’ is a good one to start with. This consumer genetics company based in San Francisco offer genetic ancestry tests for $99 – they used to give genetic predisposition results too before the FDA instructed them not to. They’ve tested more than 500,000 customers but I’ve found it difficult to find out what they’ve been doing with their customers’ saliva samples.

They say that a document called their ‘terms of service’ apply to the submission of saliva samples, however, there is not one reference in this document to storing or destroying them. It does say that once the sample is submitted and analysed by 23andMe, it’s processed in an irreversible manner and cannot be returned to the customer, but this is far from conclusive.

In terms of what happens to the actual information 23andMe extract from your DNA (outside the service they provide you), they state that the disclosure of their customers’ ‘individual-level Genetic Information’ will not occur without the customers’ explicit consent. ‘Very reassuring’ you’d say, except that there’s another data category termed ‘Aggregated Genetic and Self-Reported Information’, which includes their customers’ ‘Genetic Information’ after it’s been anonymised. The ‘terms of service’ do not require that the customer gives consent for this ‘aggregated’ data to be disclosed, or sold. 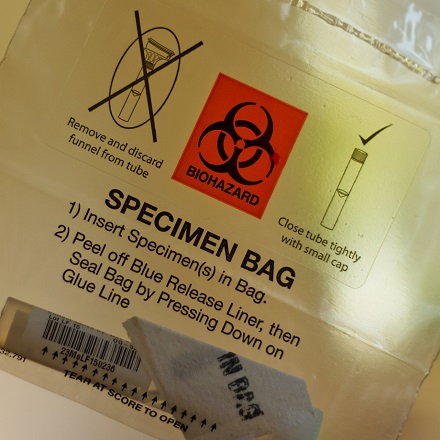 Reading further, a clause states that customers should not expect any financial benefit from 23andMe as a result of having their ‘Genetic Information’ included in ‘Aggregated Genetic and Self-Reported Information’, which they say is shared with their research and commercial partners.

So, it would appear 23andMe are, or will be, selling your anonymised data and that you’re not going to see a financial return from it. But how much is it worth?

Long before 23andMe stopped selling their genetic predisposition tests – or stopped ‘interpreting’ their genetic predisposition tests to be more precise – they dropped the price of their test from $300 to $99. It’s been speculated that the $200 forfeited by 23andMe on the consumer side was made up by revenues from selling anonymous data on the medical research side. So maybe your digitised genetic information (and what’s left of your organic sample) is worth $200? Hmm, sounds cheap for the key to every biological aspect of your existence, assuming they can sequence your genome from the remains of your sample…

UK-based ‘International Biosciences’ are a lot more open – their terms and conditions clearly state that once you buy a genetic predisposition test; they’ll keep your DNA sample and digitised data, potentially for the purposes of commercial research. A clause warns that the customer should not expect any financial benefit from the research conducted by International Biosciences or its partners.

Refreshingly clear after wading through 23andMe’s terms of service. That said, it’s a little concerning that there’s no reference to the data being ‘anonymised’ before being used for commercial research, or whether the organic sample will ever be destroyed.

‘easyDNA’ also keep their customers’ organic samples but there’s a clause in the terms and conditions that says a customer may request that their organic sample be destroyed. Good to know, it’s just a shame that there’s no option to choose ‘sample destruction’ in the paperwork that’s provided.

Similarly to 23andMe and International Biosciences, easyDNA’s terms state that upon signing, the customer understands that they receive no compensation or funds should any inventions arise after analysing their organic sample.

Fortunately not all DNA testing providers are this opportunistic: UK-based ‘Genetic Health’ and Slovenia-based ‘Gene Planet’ destroy their customers’ organic samples after processing, and keep the digitised genetic information locked away in case you require further consultation. 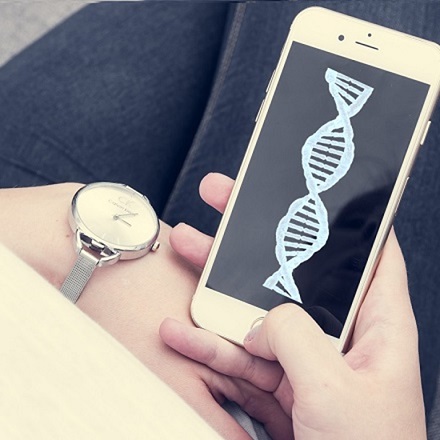 Where am I going with this? Well, it’s clear that there’s demand for both identifiable and anonymous DNA for the purposes of research and development. It’s also apparent that this R&D is expected to give rise to some pretty lucrative ventures, hence the clauses designed to waive a customer’s rights to the profits. Considering the ‘covert’ way in which these clauses have been surreptitiously added to the Ts & Cs, and I think you’ll begin to realise just how valuable your genetic code is.

To draw a parallel with online advertising, many of us are comfortable with the concept of free software – like Facebook – in return for ads. And many advertisers buy vast amounts of anonymous data about us, to better target these ads in the hope that we’ll buy their products and services. Right now, most of the proceeds from selling this data go to the middle men, to the Experians and the Googles, and not to you or me.

I see the same thing happening with your DNA. An army of brokers will buy copies of your sequenced genome – probably from DNA testing providers – and sell it on to the highest bidder. But where the knowledge to target you with online advertising is fleeting, acquiring the right to your genetic intellectual property is forever.

So please consider this the next time you’re buying a DNA test, and a particularly enticing ‘Accept Ts & Cs’ check-box tempts you to forgo reading the terms and conditions. There are plenty of providers out there who will undertake DNA tests without your having to waive any rights.

In fact, I think we (the customers) would be better off by realising our right to choose when our DNA is sold – ideally by licensing it to those whom want access for R&D purposes – and whether its ‘anonymised’ or not. But who could facilitate such a DNA marketplace for consumers? Who’s going to empower us to keep a copy of our genome securely in the cloud, and let other companies pay us for access to that data?

To my mind, Facebook and Google are the two most likely candidates, and what a world that would be if they could pull it off! Not only will licensing our genetic intellectual property yield us an income, simply by virtue of the fact that we’re human, but every time we want a DNA test we can simply let providers crawl our digital genome. Your genetic predisposition to disease, your genetic family tree, and even your genetic soul mate would be only an algorithm away.

How can I sell my very own DNA in today’s times without a hassle.

How much money will I receive fir donating my DNA.. ? Im interested

Thank you for your recent comments.

Hii, I am Lilton and I want to sell my genetic code , or i want mony , so how much u give me money ??

I want to sell my DNA!