If you’ve ever watched a crime drama on TV, you’ll likely have heard the phrase ‘DNA profiling’, but what does this actually mean? Although it’s a term that many associate with solving crime, DNA profiling (also known as DNA fingerprinting) can be used for many other purposes.

The introduction of home DNA testing means that anyone who wants to can now order their own DNA profiling kit online, and one common reason is for DNA identification. This is often important for those who work in high risk jobs, in case there is an accident that means their body would need to be identified. For example, the US army requires all active service personnel to submit a DNA sample upon enrolment, primarily for the purpose of identification if they are killed in service. Not everyone who works in a high-risk profession is given this option by their employer, but individuals with dangerous jobs are free to buy their own DNA profile from a private testing company.

DNA profiling is also used by DNA testing companies to offer a range of services, from paternity testing to genetic art. However, if you’re looking for paternity testing services or genetic art, you’d need to buy a DNA test specifically for this purpose, you wouldn’t be able to interpret your own profile to these ends!

If you’re interested in buying your DNA profile online, we’ve listed the companies that offer it.

What is DNA profiling and how does it work?

The technique of DNA profiling was developed by Alec Jefferys in the mid-1980s and is based on the analysis of markers in DNA known as microsatellites or Short Tandem Repeats (STRs). These markers are found at specific points (also called loci) in everyone’s DNA and they’re motifs of two-six bases (the units that make up our genes) that are repeated numerous times. The exact number of times these markers are repeated differs between individuals, but members of a family will share the same or a similar number of repeated markers, depending on how closely related they are.

Therefore, when the markers in two samples are analysed, the number of times that they’re repeated can be compared and the statistical likelihood that they came from the same person or from two closely related individuals can be calculated. This is why DNA profiling can be used to establish biological relationships, as well as to connect DNA evidence with a criminal suspect.

Something to be aware of if you’re considering taking a DNA profiling test is that this isn’t the same as whole genome sequencing (aka DNA sequencing). A DNA profile will only report on the number of STRs that you possess at certain loci in your DNA, so that it can be compared to a second DNA profile to prove or disprove a match.

Whole genome sequencing is the most accurate representation of your DNA that you can buy, as it provides you with the details of every single base in your DNA (more than 5 billion). This is unsurprisingly much more expensive than DNA profiling, and isn’t necessary if you are looking for a profile for identification purposes. However, if you’d like to know more about DNA sequencing, we’ve listed the companies that can sell you your sequence.

A DNA profile or fingerprint represents a small proportion of a person’s overall DNA, but it’s enough for two profiles to be compared to prove or disprove that they came from the same person (or from related persons). Therefore, DNA profiles are commonly used for DNA identification.

A DNA profile can also be used in posthumous disputes, inheritance issues for example. One of the reasons for this is that DNA is much more difficult to forge than other forms of identification, and the coded information it contains is highly resilient.

In addition, because a DNA profile provides a ‘genetic fingerprint’, this can be used to identify perpetrators of crimes. This is because profiles can be produced from DNA samples found at crime scenes, and compared to the DNA profiles of suspects to prove or disprove a match.

As discussed, for individuals working in high risk professions, a DNA profile can ensure that in the event of a fatal accident, their body is identified. This is especially important if the person has a job where any other forms of identification may be destroyed when the accident occurs.

Using a DNA profile for identification means that the distress of the person’s family and friends is minimised, unnecessary search efforts aren’t undertaken, and life insurance claims can be expedited so that loved ones receive the security they may need.

As discussed, DNA is much more resilient than the items traditionally used to determine someone’s identity, such as passports, licenses or dog tags. In addition, a tiny DNA sample is often enough to produce a complete DNA profile, whereas paper or digital records can become difficult to interpret with even small amounts of damage. DNA profiling for DNA identification therefore offers a quicker and more conclusive method of identification than other approaches.

DNA profiling can also be useful for those who suspect there may be inheritance disputes over their estate once they have passed away. It provides a record that can be referred to long after someone’s death, even when all physical traces of DNA have gone. Therefore, if there is an unexpected claim for inheritance from an alleged relative, your DNA profile can be compared to that of the claimant to prove or disprove a biological relationship and the inheritance rights.

If you want to obtain your DNA profile for either of these reasons, we recommend that you purchase a ‘legal’ version instead of a ‘peace of mind’ version. Legal DNA profiles cost more and the samples need be taken in the presence of a health professional so that your identity can be verified. This means that legal profiles are admissible in court, as opposed to profiles produced for peace of mind which are not. You can read more about the differences between legal and peace of mind tests in our article: What is legal DNA testing? 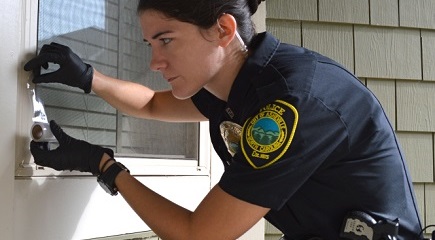 DNA fingerprinting is commonly used to compare DNA samples taken from the crime scene with those taken from suspects, to either prove or disprove their innocence. In the UK, 10 markers are analysed to produce DNA profiles from the samples taken in criminal investigations. These are then compared to (and stored in) the National DNA Database (NDNAD) to identify if there’s a match. This database currently contains DNA profiles for 10% of the UK population, along with the individuals’ names and ethnicities. Anyone who’s been arrested for a recordable offence has their information recorded on the database, unless they are found innocent or not charged – in these cases, the individuals’ biological samples and corresponding information is destroyed within six months of sample collection.

Almost immediately after the technique of DNA profiling was developed, it was put to legal use. The case of Colin Pitchfork, the first criminal convicted using DNA fingerprinting, is well publicised, but the very first use of this technique was actually in an immigration case. Alec Jeffreys (the person who developed the technique) helped a Ghanaian boy to avoid deportation by comparing his DNA to that of his alleged British mother’s, to prove that he was her biological son. Since that case, DNA profiling has been used in thousands of cases of immigration, by either keeping families together or reuniting them by proving biological relationships.

When it comes to proving a biological relationship between a British citizen and a family member living abroad so that they may immigrate, DNA testing can greatly strengthen the case. However, DNA evidence alone does not guarantee a successful immigration application. If you’re considering taking a DNA test for immigration purposes, we recommend you take legal advice to ensure it’s used in the best possible way.

Please note, although the DNA profiling technique is used in immigration cases, you should purchase a DNA test specifically for immigration purposes. You can visit our immigration DNA testing page to see the companies that offer this service.

There are a number of different types of familial DNA tests available (paternity, maternity, grandparent, sibling, twin etc.) but the most common type of relationship that DNA profiling is used for is paternity.

If you need a test to establish whether someone is the biological father of a child, take a look at our list of paternity testing providers. 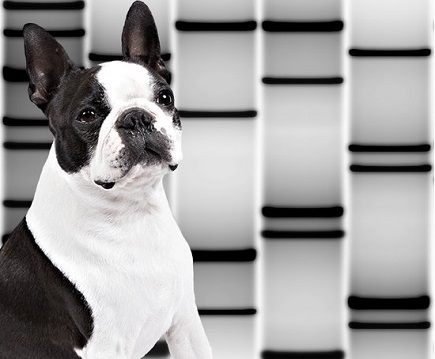 DNA profiling isn’t exclusive to human DNA. Animals also have genetic markers in their DNA which can be used to build up a profile for DNA identification or determining parentage. The most common animals that this is used for are dogs. Similarly to human DNA profiling, dog DNA profiling uses 10-20 markers in order to build up a profile that can be used to identify your dog if it is ever lost or there is some kind of ownership dispute. Companies that offer this service will often include the profile in the form of a certificate, with details about your dog along with its DNA profile. It should also be said that these companies tend to store your dog’s profile in their database, so you that you can check back with them if you ever need to.

Some dog DNA profiling services offer to undertake paternity tests as part of the package (provided you purchase the profiles of the mother, father and puppy). This can also help you to indirectly establish pedigree, providing the dog’s parents are registered with a kennel club.

You can have your dog’s DNA profiled, with or without parentage testing, by taking a test with one of the providers on our pet testing page.

A DNA profile can also be adapted to produce artwork. Several companies will use the profiling technique discussed above, but they’ll combine florescent colours with your genetic markers to produce bands that look a bit like a barcode. These bands can be mounted on canvas, wood, metal or other materials to create a piece of art that can be displayed in your home. They can also be digitised and customised with different colours or background themes to make a range of ‘DNA portraits’. One company, Dot One, even makes scarves and rugs inspired by these patterns!

If creating a piece of art using your DNA profile is of interest, you’ll need to check out the companies that specialise in genetic art.

If you’d like to take extra measures to provide a means of identifying your DNA in your absence, you can also choose to store your biological DNA sample – this is known as DNA banking. It can provide reassurance to know that a DNA profile can be produced from your securely stored DNA sample, and depending on your circumstances, you can either pay to have your sample stored with the company you purchased it from, or order a home banking kit which will provide the materials you need to securely store your sample at home. If this is of interest, you can check out the companies that offer DNA banking.

How much does DNA profiling cost?

Prices range from £100 to £200 for a basic DNA profile, but it’s worth mentioning that the cost largely depends on what you intend to do with it. One of the major factors that you need to consider, and which significantly impacts the cost, is whether you want your DNA profile to be legally admissible or not. Legal DNA profiles cost more than peace of mind versions, but if there’s a chance that your profile will be used in legal proceedings, it’s worth paying extra for.