Dogs are one of the most diverse species of mammal across the globe, and this is largely because of us. Through selective breeding, hundreds of breeds of dog have cropped up since our ancestors first began living alongside them, and today the American Kennel Club registers 192 breeds of dog, and counting. While some breeds are drastically different (you wouldn’t mix up a standard poodle and British bulldog, for instance), others are much harder to distinguish unless you know what to look for. Think greyhound and whippet. Or Boston terrier and French bulldog.

Many breeds and mixes of breed are hard to distinguish, and so if your dog’s mix is ambiguous it can be hard or even impossible to work out either by looking or through a physical examination. Unusually, the appearance of a dog is controlled by only one or two genes, which greatly contrasts with human genetics, where hundreds of genes delicately control how an individual looks. You might be curious about the breeds that make up your particular dog, or you might have been unexpectedly blessed by a litter of puppies, and want to know what breed mixture they are to help you rehome them. Whatever your case, a dog DNA test can help.

You can use a canine DNA test to figure out your dog’s precise breed mix, or to confirm whether or not they are purebred. Dog breed tests can even help settle disputes about the paternity of your dog’s pups: if you think your neighbour’s rottweiler is the father, and a DNA test on one of the puppies shows it is part rottweiler, it can go some way to prove your theory (though there are also dedicated canine paternity tests too). 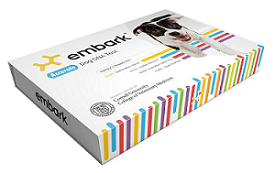 The Embark test is rather more expensive than Wisdom Panel. However, it is also more comprehensive. Described as the “23andMe of dog DNA tests”, Embark will reveal your dog’s genetic mix as breed percentages, generate a projected family tree, tell you which male and female haplogroups your dog belongs to, and provide a plethora of health and traits information. The Wisdom Panel test is somewhat cheaper than Embark. In America, it comes in two varieties: breed information, and breed and health information. In the UK, you can currently only purchase the breed information package, which also tells you whether your dog has a mutation related to multidrug sensitivity, common to herding breeds. Like Embark, Wisdom Panel creates your dog’s most likely family tree based on their breed percentages. If your dog is purebred, this family tree may not be all that exciting!

Animal shelters can also benefit from using DNA testing for dogs. Researchers from Arizona State University found that shelter dogs were often labelled or mislabelled as pitbulls even without having a significant amount of DNA related to American Staffordshire Terriers, Staffordshire Bull Terriers, or any other breed typically found in the category of “pitbull” breeds, which lengthened their stay in shelters. Conducting DNA testing on shelter dogs will prevent shelters from unnecessarily placing a stigmatised label on dogs, which makes it harder for them to be adopted into families that prefer not to own pitbulls.

Kits for canine DNA testing are ideal for individuals who have adopted a shelter dog and are curious about their genetic makeup. Perhaps you’ll be able to find out whether your dog’s strong swimming talents come from a Labrador Retriever forefather, or maybe you’ll discover that the bearded face of your furry friend stems from its Airedale ancestry.

Dog DNA testing can also help with puppy placement. If your dog has a litter of puppies, knowing their breed mix will make it easier to find owners willing to offer a loving home. You will rest easy knowing that the chances of the dogs ending up in a pound or shelter due to breed misidentification will be far lower.

A dog DNA test can also tell you about your dog’s genetic health risks, and screen for inherited diseases. The precise information given varies from test to test. Some dog DNA tests screen only for a specific condition, or for conditions related to your dog’s breed.

Here’s the health information included in the Embark DNA test:

Both these tests also include traits results, which reveal the genes behind physical traits like your dog’s fur colour, fur texture, and eye colour.

While both companies offer a predicted optimum weight for your dog, Embark also provides information about your dog’s ideal diet and exercise regime, based on their DNA and self-reported information (given by you). You can also answer questions about your dog’s traits and disposition, which will help contribute to further research – maybe one day you’ll be able to get a genetic personality test for your puppy!

If you own a mixed breed dog, it is highly unlikely they will carry any inherited conditions or predispositions to diseases. This is because mixed breed dogs have far greater genetic diversity, since – until relatively recently – purebred dogs were often bred with their own relatives in order to maintain their pedigree (which is now illegal in many countries). 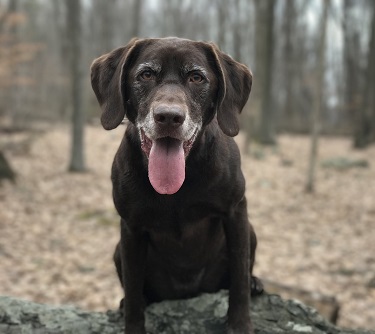 As a result, many purebred dogs are predisposed to various health conditions. Chocolate Labradors – sought after for their rarer coat colour – are prone to ear conditions and skin complaints like acute moist dermatitis, and die younger than black and yellow labs due to health problems caused by the narrowness of their gene pool. (Since the chocolate coat colour is recessive, you need two chocolate labs in order to produce chocolate-coloured puppies. The mum and dad may not be immediately related to each other, but they could be distantly related to each other multiple times over.)

If you have a purebred dog, it is a good idea to get them a genetic health screen test so that you can be prepared for the health conditions you may need to tackle in the future, such as joint problems, heart problems, or kidney conditions.

Of course, while the carrier status report tells you what inherited diseases your dog is actually carrying (vitally important information if you are thinking of breeding from your dog), the information about potential health conditions is not set in stone. Your dog may never develop a heart murmur or hip dysplasia, particularly if they have the right diet, exercise, and care. If you are concerned about what may lie in your dog’s future, it is always best to consult with your vet, and get as much information as you can about preventative healthcare. And bear in mind: a predisposition is not a diagnosis.

You can also purchase doggy paternity tests: useful if you want to certify that your puppies are purebred, or work out whether one of your neighbour’s dogs may have sired an unexpected litter of puppies. These canine paternity tests work in the same way as human paternity tests, comparing STRs (Short Tandem Repeats, where sections of DNA repeat themselves) between a pup and their potential father to work out if they’re related. They can correctly identify a parent with 99.99% accuracy, and disprove parentage with 100% accuracy.

Here are some of the providers offering dog parentage tests:

How accurate are dog DNA tests?

Dog DNA tests can be surprisingly accurate, and excellent at identifying the different breeds in a dog’s make-up. The accuracy of breed tests largely depends on the size of their database, i.e. how many different dogs and breeds they have tested. The larger the database, the more accurate the results, since the company has amassed more knowledge about the genetic make-ups of all sorts of breeds of dog. This is why better-known providers – such as Embark and Wisdom Panel – provide more accurate results for mixed breed dogs.

Another thing to consider is the extensiveness of the research that has gone into each dog DNA test. Wisdom Panel has been conducting research into canine genetics since 1999, while Embark’s co-founder Dr Adam Boyko has spent more than 10 years researching canine genomics and studying dogs all over the world.

The accuracy of your dog’s DNA test also depends on the quality of the sample you give. Make sure you follow the instructions, and that your dog hasn’t eaten anything for a while (generally an hour) before performing a cheek swab test.

Other features of dog DNA testing 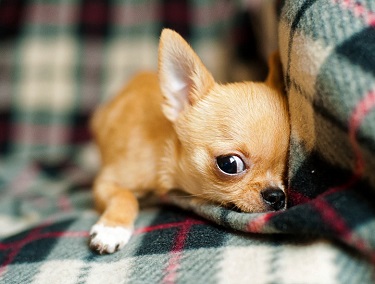 The ultimate size of your puppy can also be determined through dog DNA testing. Owners of mixed-breed dogs are often surprised when their dog turns out bigger or smaller than expected. Based on the breeds your dog has in their ancestry, the adult size of your dog can be predicted through a canine DNA test.

Additionally, a dog DNA test may help in predicting certain behavioural issues. While each dog is definitely unique, particular breeds will typically have similar behavioural problems. Knowing about these can assist both you and your dog, since you will be able to train your dog more effectively before any real issues surface.

Doggy forensics: down and dirty

In certain areas, there is a widespread problem with unscrupulous dog owners who do not clean up after their dogs. Because of this, it’s been argued that a DNA library should be kept of dogs whose owners or walkers do not clean up after them. It’s even been suggested that repeat offenders should be subjected to higher fines. Currently, some councils and housing associations already keep DNA samples from the dogs in their areas, which they can match to droppings left behind by inconsiderate owners.