When you log into 23andMe’s DNA Relatives, you are presented with a page warning you that you may learn unexpected information about your family. Of course, this doesn’t really prepare you for what you might learn, since people who aren’t expecting to learn anything new about their family aren’t likely to heed the warning.

Thanks to the recent boom in the ancestry DNA testing industry, more and more people are uncovering their ancestral origins, and often their more recent origins too. Testing providers like AncestryDNA and MyHeritage often publicise sensational stories of previously unknown half-siblings finding each other, families reunited long after they were separated by war, and adoptees discovering large and welcoming families. These stories sound aspirational to those searching for lost family, and nightmarish to those hoping to keep their genetic secrets buried forever.

There are plenty of surprises to be learned from your DNA, whether you’re uncovering family secrets, or discovering that you have rare mutations that decrease your risk of heart disease. I’ve gathered some of the many stories about family revelations that have appeared since the popularisation of at-home DNA tests.

“Not Parent Expected”: when an ancestry test reveals different parentage to that expected

The acronym “NPE” usually stands for “Non-Paternity Event”, and describes an event where the biological father of a child is not the person expected. This may be due to a closed adoption, infidelity, the parents having conceived using a sperm donor, or even a medical mix-up.

Since ancestry DNA tests have gained in popularity, the number of people who have discovered that their parent or parents are not the people they were raised to believe they were have risen too. Many of these people have found it difficult to turn to their friends or family, or – if they have – have not received the understanding and sympathy that they expected. 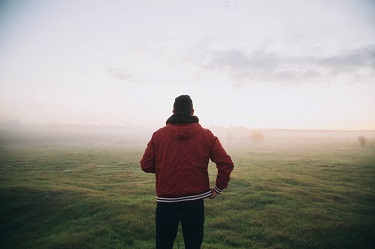 As a result, a number of online communities – particularly Facebook groups – have sprung up, creating spaces where members can discuss their experiences of discovering that their parents or family members are not related to them in the way they were led to believe among people who have had similar experiences. These groups often use the acronym “NPE” to stand for “Not Parent Expected” – including mothers as well as fathers in the term.

One such group is NPE Friends, a group set up by Catherine St Clair, who also founded the private Facebook group DNA NPE Friends. Catherine discovered that her father was not her biological father through a DNA test she took for her 55th birthday. Unfortunately, her mother had already died, and so Catherine was unable to discover the truth about her father. Her group exists to help people who find themselves in similar situations, and provides a space where people can talk about their experiences.

NPE Friends also includes a category for fathers, such as “Lawrence” (not his real name), who discovered that his daughter wasn’t biologically related to him after buying her a DNA test. Though the experience shook him greatly, and caused him to break up with his wife, Lawrence has continued to be a father to his daughter, who still regards him as her dad, and refers to her biological father as a “sperm donor”.

Closed adoptions and the adoptees searching for their parents

There have been many cases of people discovering that they are adopted through ancestry tests, often after they fail to connect with people they thought were biological cousins or other family members. Sometimes, adoptees are aware that they are adopted before they take the AncestryDNA or 23andMe tests, and take the tests either out of curiosity about their ethnic makeup or genetic health traits – or with the intention to discover their biological family. 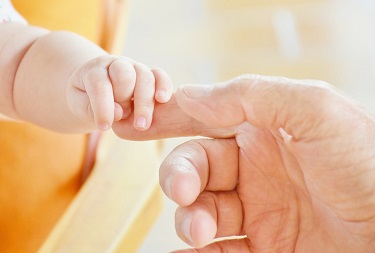 For much of the twentieth century, closed adoptions (where the identities of the birth parents are not disclosed) were the norm, particularly in America. In 1960, it was unthinkable that adoptees would ever take a DNA test that would reveal the truth of their genetic origins, and connect them to biological relatives all around the world. But as more and more people take ancestry DNA tests and log into family finders, the likelihood of being discovered by a relative given up for adoption long ago increases.

Still, many adoptees find their search for their biological family frustrating. More often than not, their biological mother, father, aunt or uncle have not taken an ancestry test, and so are not findable in relative databases. The disillusioned often assume this is because they do not wish to be found, which may very well be the case.

However, there are ways to track down closer biological family using the second, third or even fourth cousin matches that spring up in their hundreds on the most popular databases. By establishing your shared ancestors with your cousins, you can trace your family tree down to the present time using public records and social media, using the same methods now employed by the DNA detectives who have been tracking down suspects in historic murder cases, such as the alleged Golden State Killer.

This means that the birth parents of adoptees (and the siblings, aunts and cousins who may be unaware of the existence of an adopted relative) can already be found using ancestry databases, even if they have never taken a DNA test. A study conducted by MyHeritage showed that around 60% of Americans of European descent can already be tracked down using ancestry databases even if they aren’t in them themselves.

This is, of course, a privacy concern. Not only for those who would rather not be found by their relatives, but also for those who would rather not be the accidental means of a suspect in a crime investigation being found, and those who simply value their privacy and genetic security. It doesn’t seem fair that even if you haven’t taken an ancestry test yourself, your own privacy can still be compromised by a second cousin you’ve never met. Like the social media revolution, the consumer genetics revolution has made it easier for nearly anyone in the world to be discoverable online. 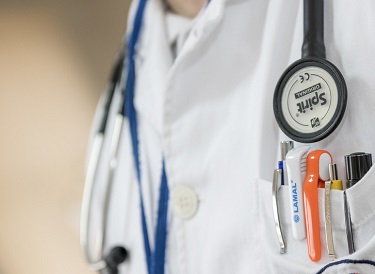 Similar to the adoptees searching for their birth parents, ancestry databases also contain many children of sperm or egg donors looking for their genetic parents. Oftentimes these children know they were donor conceived; for others, the truth of their genetic parentage has been a long-kept secret, perhaps only discovered when they logged into a family finder, and found that their father’s sister had not matched as their aunt.

Since the popularisation of consumer genetic tests, stories have emerged of people seeking to find their unknown fathers, only to discover a wealth of half-siblings instead. In some countries, including the US, there is or was no limit to the number of children a sperm donor can help to conceive, and so there have been instances where people attempting to discover who their donor is have found out they have hundreds of half-siblings.

For some people, the shock has been even greater. After taking an AncestryDNA test, one woman discovered that her biological father was in fact her parents’ fertility doctor, who had performed an artificial insemination on her mother using his own semen. As a result of their discovery, the family filed a $10 million lawsuit against both the doctor and the fertility clinic. 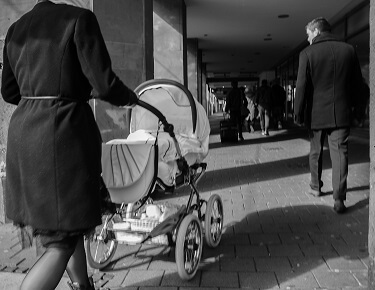 One of the more unusual stories brought to light through DNA testing is that of two babies accidentally switched at birth in a New York hospital in 1913. One was born to a Jewish family, the other to an Irish Catholic family, and each went home with the wrong parents. It wasn’t until the granddaughter of one of them took an ancestry DNA test that she realised her family tree was not as straightforward as she thought it was: she had expected to be wholly British and Irish, but she was, in fact, half Jewish.

It took a great deal of sleuthing, trawling through birth records, and begging potential cousins to take DNA tests and share their results before the truth was finally uncovered: that two infants had somehow been mixed up in the hospital, and gone home with the wrong families. Without consumer DNA testing, it is unlikely the mystery would ever have been unearthed in the first place.

What about for the people without family secrets?

Most people who log into AncestryDNA’s DNA Matches or 23andMe’s DNA Relatives will not find anything more exciting than a few hundred third to fourth cousins, and maybe the aunt that gave you the test for Christmas. The biggest revelation you may find is that you are not quite as Italian as you thought you were, or that you have ancestry from the Iberian Peninsula you knew nothing about. 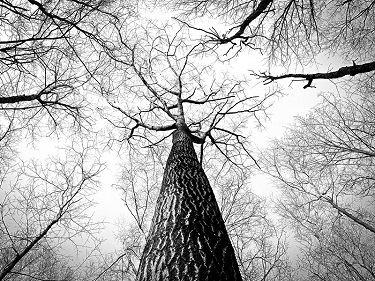 But even people who do not have genetic secrets lurking in their immediate family can serve as stepping stones for the DNA detectives searching for their relatives. People without any close relative matches may find themselves contacted by a third cousin searching for their biological parents, who wants to know who your great-grandparents were and where they came from. For some people, this is unwelcome, since they feel uncomfortable disclosing information that can compromise another’s privacy, or distrust the intentions of their newly-found cousin. For others, this can be a welcome opportunity to help a distant relative in their personal quest.

What does this mean for the future?

With the advent of at-home DNA testing, it is likely that for future generations there will be no possibility of secrecy regarding the identities of biological fathers and mothers, or sperm and egg donors. Parents will have little choice but to be honest with their children about their origins, since they will not have the same expectations of genetic privacy people had fifty, thirty, or even ten years ago.

We may very well be heading towards a future where everyone has their DNA in some sort of database. With so much sensitive data on record, the next few years may see fierce legislation come in to guard your DNA data from insurance companies, big pharma, hackers and fraudsters. In the European Union, the General Data Protection Regulation (GDPR) already covers genetic data in its legislation for data protection and personal privacy. In the future, more sophisticated legislation may cover genetic privacy in more detail.

Honesty is still the best policy. Had my family been honest with me early on maybe my life woul not have been such a struggle as I looked for my family for 45 years. Finally much later in life the secrets are uncovered but the trauma, hurt, and brokenness of my family will never be fixed.

I had always knew that I didn’t quite fit in the family. I had always been treated differently…no one ever believed me. But my mom knew and kept it a secret to her grave. I took a DNA test because of something my father had said to me in a heated moment at the age of 52, him 89. Probably the most honest thing anyone had said to me in my life. This is where my journey began and I have help from both the DNA detectives and DNA NPE Friends. Could not imagine the world wind of emotional chaos without these two groups, priceless.

Learning the truth about who your biological parents are is a difficult truth to process.
So much of our lives and values in our culture come from our family. Finding out you are not “one of them” puts a space between you and them. They never looksttoubthe same and you feel even more isolated than before.

I find all of this very interesting!