In a previous article I’ve written about the lack of regulation for ‘direct to consumer’ DNA testing in the UK.

As I discussed, the primary attempt to regulate the market is by updating the EU Directive on In Vitro Diagnostic medical devices. The original directive – IVD Directive 98/79/EC – was passed on the 27th of October 1998. This is five years before the human genome was cracked, and six years before the first consumer DNA test was made available. It may come as no surprise then that there’s only one reference to genetics in the original directive, which is to state that “manufacturers must notify the authorities of technologies and substances used for new IVDs placed on the market, such as devices used for genetic screening.”

Well, 17 years have passed and updates to the IVD Directive 98/79/EC are still being discussed. Having read through the latest round of proposed updates, I’m pleased to say that if they pass, they should offer much greater protection to consumers and remain fit for purpose for many years. That said, technology continues to move faster than legislation, a prime example being that the first ‘retail genome’ was put on sale in January this year by Full Genomes.

The point I briefly want to make is that by the time the IVD Directive is updated, it’s likely that we’ll be able to sequence our entire genome for less than £300 (without once being exposed to a medical professional) and bypass the legislation altogether. Once we’ve downloaded our sequence, we’re just a few clicks away from discovering we carry a genetic variant that could seriously impact our lives, unless of course, the IVD Directive (or another piece of legislation) is updated to cover devices used for whole genome sequencing as well.

This is a serious point to consider. There are thousands of individuals around the world who’ve had their DNA sequenced – not just scientists, but hobbyists, genetic genealogists, technology enthusiasts, and so on – and they’re using the dozens of free tools available to make sense of their genome.

To bring the conversation back to the present, dozens of proposals, committee meetings and debates have taken place so far in respect to updates to the directive – the European Parliament website provides a comprehensive listing of the proceedings. In terms of genetic testing, the latest round of proposed updates to the directive by the European Parliament have been summarised below: 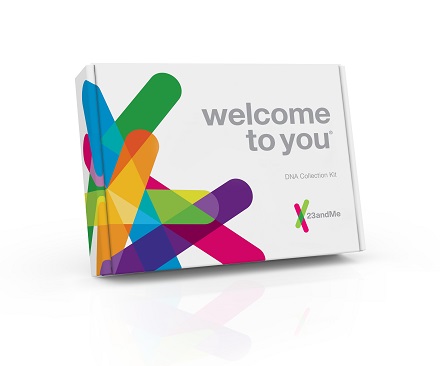 It’s clear that certain consumer DNA tests like 23andMe’s genetic predisposition test will fall foul of these regulations, especially concerning the requirement for genetic counselling before a customer takes a predictive test (23andMe do not currently offer phone or face-to-face support). That said, given the implications of discovering you have a high predisposition to a presently incurable condition such as Alzheimer’s disease, I can see why updates have been proposed to ensure adequate support and results interpretation.

Given genetic tests for a range of non-medical purposes have made their way onto the market, I wanted to dig a little deeper into the proposed updates. There’s an interesting attempt to expand the definition of a medical device, so that as well as “any device used for a medical purpose”, the definition would include devices used to predict disease, or to provide information concerning a “direct or indirect impact on health”.

In terms of the companies currently providing consumer DNA tests for the purposes of sports and fitness (e.g. DNAFit, Fitness Genes), it’s interesting to note that this expanded definition would cause them to be subject to the updated IVD Directive. If so, it’s reasonable to conclude that these regulations would negatively impact their existing business models, and damage a fast growing industry. But perhaps more importantly, don’t we have the right to know how our training regimen or diet is influenced by our DNA? Is it reasonable to require us to consult a genetic counsellor, or to pass a test to show we understand genetic research, before we can purchase a test to learn about our inherent sporting potential?

When it comes to learning about your genetic predisposition to an illness, I’d agree that exposure to a medical professional before and after you get the result is a good idea. But when it comes to mandatory genetic counselling to learn about your carbohydrate metabolism or predisposition to obesity, I’m concerned that the regulations will only serve to prohibit the advance of beneficial genetic research.

An interesting question raised by proposed update #6 – for minors and incapacitated subjects, the parents or legal representatives must demonstrate informed consent – is whether parents should be allowed to test their children’s genetic predisposition to health-related characteristics. Clearly, using a DNA test to diagnose or screen for treatable conditions is beneficial, but should a parent have the right to test their child for an increased risk of suffering with type 2 diabetes, and amend their diet as a result?

If we expand ‘health-related characteristics’ to include testing for a genetic predisposition to sporting prowess, isn’t there a danger that parents may encourage their children to focus on sports at the cost of their academic achievement? Taking this example a step further, there’s an increasing volume of research that links our DNA to musical aptitude, mathematical ability and personality traits; so should we risk testing our children for these attributes, and limit their choices by nudging them towards activities they’re predisposed to excel at? I don’t have the answer, but I’d certainly prefer my child pursues an activity that they enjoy, over one they’re likely to succeed at.

To summarise, I believe the updates currently proposed to the IVD Directive concerning genetic testing are strong. There are safeguards to protect individuals who require testing for diagnostic purposes, and for those taking tests for predictive purposes. However, I feel that expanding the definition of a medical device to one that provides information concerning a “direct or indirect impact on health”, is far too broad. This risks the suffocation of a new industry, which with the appropriate regulation, could be hugely beneficial.

My sources tell me that the updates discussed in this article have gone into trialogue, and are being negotiated between the European Council, Parliament and Commission, and so no further progress is anticipated until later this year. Meanwhile, DNA sequencing becomes ever more affordable, and risks bypassing these updates before the UK has a chance to enforce, or even interpret them.