If you’re interested in getting your genetic ancestry tested, you may be wondering how much detail your DNA can reveal about your family’s history. Most ancestry DNA tests will show the countries or general geographic regions that your ancestors likely came from based on reference populations from those areas and their own algorithms, which are unique to each company.

However, there are some tests that can tell you more about the specifics of your ancestry, either by narrowing down the genetic regions, or by allowing you to trace your family’s genealogy.

Why is it so hard to differentiate British and Irish ancestry? 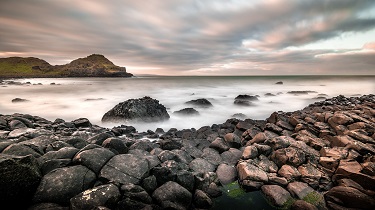 It’s kind of hard to pin down who the British people are, since it’s kind of hard to pin down the British people. One day they’re in Scarborough, the next they’re in South Wales, or New South Wales. With so many people coming in and out of the British Isles and hopping to-and-fro across the Irish, Scottish, Welsh and English borders, it’s pretty hard to tell what the typical genetic makeup was of your average Scotswoman or Englishman one thousand years ago, or even two hundred years ago.

For instance, you might wonder if you’re related to ancient Welsh kings or Celtic tribes or Scottish clans. If you’re European or have any European ancestry, then you probably are. But only because nearly everyone from Europe is. That’s all thanks to humans’ tendency for moving around, which means that everyone from Europe today is related to the legendary French King Charlemagne… and also every European from the ninth century who successfully passed on their genes. So you’re related to royalty, but you’re also related to archers, tanners, wayward monks, woodland bandits, and the people that swept up the excrement from the streets.

It’s not easy to tell different European populations apart. And it’s even harder to narrow down ancestry within the United Kingdom and Ireland, and all their fiddly little regions. However, there are a couple of ways around this. Living DNA has an ancestry DNA test that offers regional breakdowns within the UK. And you can combine genetic testing with more traditional genealogy in order to pinpoint your British and Irish roots.

The ancestry DNA test offering the most specific breakdowns of British and Irish ancestry is Living DNA. While many companies will only narrow your ancestry results down to general areas (such as “Northern Europe” and “Scandinavia”), the Living DNA test will show you the exact European countries you are from. And for Britain and Ireland their test is even more specific, covering 21 regions.

Unlike many autosomal DNA tests, which often count “Britain and Ireland” as a single region, Living DNA breaks down your genetic admixture into Scottish, Irish, English and Welsh ancestry. Their DNA test can differentiate between Northern and Southern Irish, and shows the genetic overlaps between west Scotland and Northern Ireland. Their results for England are broken down into many populations, even distinguishing certain counties like Devon and Lincolnshire, while in Scotland the Orkneys and Aberdeenshire are both genetically distinct. For Welsh ancestry, both north and south and the Welsh border (overlapping with England around Shropshire) are distinguished.

Now, due to the random way we inherit our DNA from our parents, autosomal tests can only trace our ancestry up to ten generations back. You may, for instance, have a single ancestor from Korea in your family tree, but if that ancestor is your twelfth-great-grandmother, then it is unlikely that you will have inherited any of her DNA. With every generation, new DNA is introduced, until gradually there is no DNA left from your more distant ancestors.

Like 23andMe, Living DNA also offers maternal and paternal ancestry testing, tracing your mother- and fatherlines. The Y-DNA men inherit from their fathers, and the mitochondrial DNA that women and men inherit from their mothers doesn’t change, which means that we can trace the migrations of our maternal and paternal lines, the way we can’t with our more muddled autosomal ancestry. Unfortunately, since only men inherit Y-DNA, women can’t trace their paternal lines directly by themselves. However, we have published a guide for women who want to trace their paternal ancestry.

Tracing British and Irish ancestry through genetics and genealogy 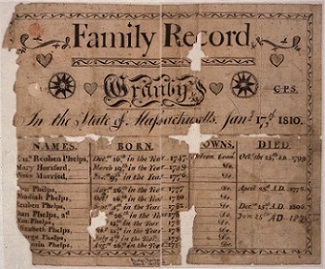 Another way to trace your British and Irish ancestry is through a combination of genetics and more traditional genealogy. Ancestry testing companies AncestryDNA and MyHeritage both offer ancestry DNA tests along with subscriptions to their genealogy services.

This allows you to combine a genetic ancestry breakdown with their collections of birth, death, marriage and adoption records, news articles, and census information to piece together your family tree. You can also use their family finder tools to find distant cousins, which can help you establish a common ancestry and fill in gaps in your family tree. You can also use a similar method to discover living relatives using ancestry databases.

By exploring genealogical records, you can work out where your ancestors came from, where they migrated to, and who they married, which will allow you to uncover the regions in England, Scotland, Wales and Ireland that they came from and settled in, as well as other places in Europe and the rest of the world. 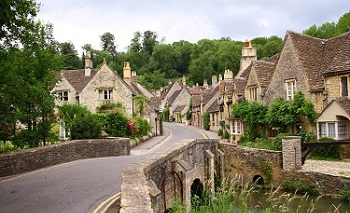 Tracing your genealogical family history can allow you to identify the geographic origins of your ancestors, and potentially further back than DNA testing, unless you hit a dead end. However, there is a drawback to this. Birth, marriage and death records can only reveal so much, and without genetic evidence, you can’t be certain that the person you’ve identified as your tenth-great-grandfather is really your ancestor at all. There are no records for secret adoptions, extramarital affairs, and illegitimate children if your ancestors took these secrets to their graves. Tracing back your ancestry can be fun and even addictive, but it does have its limits.

So, it is possible to trace your English, Scottish, Irish and Welsh ancestry, though it can often be difficult to discover much in detail. Though many ancestry DNA tests will only narrow your DNA results down to “British”, “British and Irish” or “Northwestern European”, it is possible to refine your results by tracing back your family history, or by taking a more specialised test for British and Irish ancestry, such as Living DNA.

I’ve been trying to find out where my grandmother’s family originated from. She was born in Marylebone, London but it has long been thought they were from Scotland and have connections with the Robertson clan. I am a member of Ancestry. If I take their DNA test will it differentiate between my English and ,possible, Scottish ancestry ? I don’t know if I will be tracing the male or female line.