Our remaining 22 chromosomes have nothing to do with determining sex, and are randomly inherited from both our mother and father. These contain the information that determine things like eye colour, skin colour, hair texture, and so on.

The majority of ancestry and health tests analyse only the autosomal DNA: the DNA contained in 22 of our 23 pairs of chromosomes, which men and women both have. These tests look for genetic markers at places in our genome where variations are known to occur. The genetic variants they look for are known as “SNPs”, or Single Nucleotide Polymorphisms. A SNP is a change of one allele or two alleles: the “letters” that make up our genome. These variations can tell us about our predispositions to certain traits and health conditions, and also serve as ancestry markers.

Ancestry tests such as AncestryDNA and MyHeritage look for variations in our autosomal DNA that can be used to trace the similarities in our unique genetics to global populations. These tests can show your ancestry up to around eight generations back. Unless you connect with a parent on an ancestry website such as 23andMe or AncestryDNA, it can be hard to tell which side of your family your ancestry is on using only autosomal DNA testing.

Some ancestry tests, such as 23andMe and Living DNA, look at both our autosomal DNA, and our mitochondrial DNA inherited from our mother, and the Y-DNA men inherit from their father, in order to trace our maternal and paternal ancestry as well as our autosomal (or “familial”) ancestry.

Men and women both inherit mitochondrial DNA (mtDNA) from their mother. Mitochondrial DNA doesn’t mutate often, and so it can be used to trace your maternal ancestry, tracking the migrations of your motherline way back in history.


These companies will tell you which maternal haplogroup you belong to, as well as the larger haplogroups your subgroup split off from. Generally, you will be given a map showing the migrations of your maternal ancestors out of or within Africa, and some information about where members of your haplogroup commonly reside today.

Men, or those born biologically male, can easily trace their paternal ancestry through the Y-DNA contained in the Y chromosome inherited from their father. Like mitochondrial DNA, Y-DNA doesn’t mutate often, and so the rare mutations can be used to trace your paternal ancestry and haplogroup.

Women who want to trace their paternal ancestry will require a male relative on their father’s side to take the test for them.

Confirming relationships with Y-DNA and mtDNA

It’s a bit old school, but DNA testing companies sometimes use mtDNA and Y-DNA to confirm familial relationships, instead of genetic markers found in autosomal DNA (which are most commonly used for relationship testing).

Since not all close relations will share the same mtDNA or Y-DNA, these tests are quite limited, and not applicable to every situation, which is why testing of STRs (Short Tandem Repeats) is more commonly used for testing familial relationships. 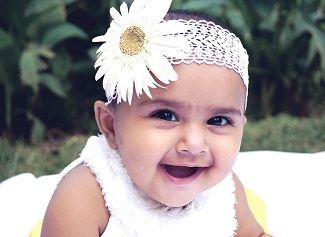 Though many companies advertise that tests can be performed after ten weeks, there may not be enough foetal DNA in the mother’s bloodstream to be detected, which could potentially lead to a false result. A male baby may have a false female result if no Y-DNA is detected in the mother’s blood, while cross-contamination with male DNA could lead to a false male result for female babies.

If you choose to get a baby sex test, it is best to do so only in the spirit of curiosity, and not rely too heavily on the results. Additionally, this test should not replace an ultrasound test, or be considered more accurate.

I would like to find out the ancestry on my paternal side. My brother is the only surviving male. I have been considering this for a while now and don’t want to miss the opportunity as we are older. Which test should my brother and I take to get maximum information about our past. We come from a mixed marriage of Eastern and Northern European background.

The most informative DNA Test and with who to use.

I would like to know of my father’s family. I am now 76 and only know his nationality and name.

“Men, or those born biologically male” as if there could be any other kinds of men. Only “biological” men are men.