When it comes to the question of which is the best DNA test for ancestry, it really depends on what you are looking for in a test. Many people swear by Family Tree DNA (FTDNA), however for a lot of people their results are too complicated to get much information out of. AncestryDNA and 23andMe have soared in popularity in recent years, followed closely by FTDNA, MyHeritage, and Living DNA.

With so many options to choose from, and recommendations coming left, right and centre, how do you know which ancestry DNA test is right for you?

Well, it kind of depends on what you want a DNA test for. Different ancestry tests are better for different things, whether that’s tracing your specific ancestries, finding family, combining genetics and genealogy, or telling you more about your genetic makeup.

The goal of many people when they take an ancestry test is to find lost family members, or to clear up some sort of family mystery. AncestryDNA is a great choice it when comes to finding family members, since they currently have the largest user database of all the ancestry testing companies (over 10 million). This means that if you are looking for relatives, you are more likely to find them on AncestryDNA. 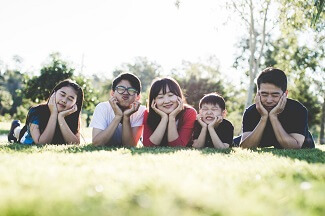 If you are looking for close family, but don’t find any on AncestryDNA, you can upload your DNA data file to GEDmatch or MyHeritage for free, and so increase your likelihood of finding relatives. If you are still unsuccessful, then it might be worth thinking about purchasing a second test. 23andMe has the second largest database (over five million) and so is also a good bet for finding relatives.

Family Tree DNA also has a family finder feature (their database is about one million). However, you might want to wait for a bit and see if you get any new matches before you purchase a third test. Ancestry tests are growing in popularity all the time, and so even if you don’t match with a close relative at first, you might do in time.

If you’re still unsuccessful, you can try your hand at some genealogical detective work. We have a guide for finding family members in ancestry databases here.

European, British and Irish Ancestry
While Living DNA’s ancestry test only covers 80 worldwide regions, 20 of those regions are European, and the test can narrow down some European ancestries to different countries. Living DNA is even more precise for British and Irish ancestry, covering 21 regions within Britain and Ireland.

For Britain and Ireland, the test shows the genetic overlaps between west Scotland and Northern Ireland. Their results for England are broken down into many populations, even distinguishing certain counties like Devon and Lincolnshire. In Scotland, the Orkneys and Aberdeenshire are both genetically distinct. For Welsh ancestry, both north and south and the Welsh border (overlapping with England around Shropshire) are distinguished.

Jewish Ancestry
If you want to uncover more about your Jewish ancestry, then MyHeritage’s ancestry test is your best bet. Their test can not only identify Jewish ancestry, but distinguish between different Jewish populations. 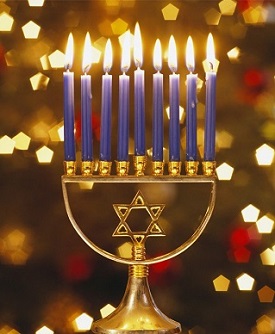 The different Jewish groups they identify are:

MyHeritage is primarily based in Israel – with additional offices in Europe and America – and so it is unsurprising that their test offers superior detail for Jewish ancestry, as well as different Middle Eastern ethnicities.

You can combine their autosomal DNA test with their family records subscription service to learn more about your family history.

Since this test does not trace autosomal ancestry, it is unlikely to give much information about your recent familial ancestry.

In addition to maternal and paternal haplogroups, 23andMe analyses your autosomal DNA, and breaks down African ancestry into the following regions: 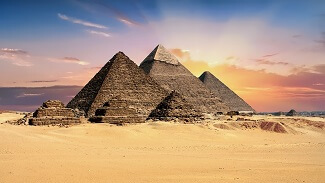 Sometimes, you will only get a general region for your results, such as “Broadly Sub-Saharan African” or “Broadly West African” depending on the genetic markers you have. However, results are often narrowed down to specific countries, such as Nigeria or Kenya. 23andMe update their service for free, and so your results may become more specific over time.

What’s more, if you connect with a parent on 23andMe, you will be able to tell which ancestries are from your mother or father, making it easier to trace your genetic inheritance.

Additionally, using Ancestry.co.uk, you can connect with genetic relatives, build a family tree, and browse the records contained in Ancestry’s genealogy subscription service.

Asian Ancestry
One of the difficulties of finding a test to narrow down Asian ancestry is that Asia is such a large continent, with so many different peoples. As a landmass, Asia spans from eastern Turkey, across Russia, to the Korean peninsula. However, when it comes to ancestry DNA tests, “Asian” ancestry can cover as broad a region as Turkey all the way to Hawai’i and Melanesia, spanning most of the globe!

If you want to learn more about your Asian ancestry, the best test for you is probably 23andMe. 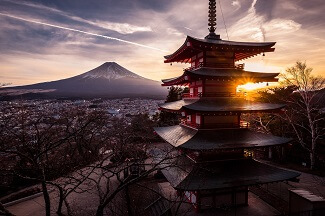 23andMe’s test is far more comprehensive for Asian ancestry than most DNA tests, covering many regions, peoples, and countries. There is still room for improvement, and hopefully more regions and more specific areas and people will be added in the future.


The best ancestry DNA test for… tracing your family history

When it comes to tracing your family’s history, AncestryDNA comes out on top. In addition to their genetic ancestry service, which offers a breakdown of your recent genetic ancestry, they have an extensive database of genealogical records, including census information, and birth, death and marriage records.

By combining the family records and genealogical tools of Ancestry.co.uk or Ancestry.com with the AncestryDNA genetic test, you can trace your ancestors back in time to see their movements, migrations, marriages, and so on to unearth your family’s story.

Of course, Ancestry’s genealogical services do come at the price of a monthly subscription, though you can usually start with a free trial. If their records service is too pricey for you, then there are free online records services and family tree building tools available elsewhere.


The best ancestry DNA test for… discovering more about yourself

One of the most popular consumer DNA tests is 23andMe. 23andMe offers an ancestry breakdown and family finder feature, allowing you to browse genetic matches in a database of over five million.

23andMe does not offer the family tree building features of Ancestry, or a family records service. However, alongside their ancestry DNA test, they calculate the percentage of Neanderthal DNA you have (if any; those with exclusively Sub-Saharan ancestry are unlikely to have inherited Neanderthal DNA), and if you purchase their ‘Health + Ancestry’ package, you can discover even more about yourself.

For many people taking the 23andMe tests, the health report is the main attraction, since it gives more insight into your individual genetic makeup. What’s more, the results are regularly updated at no extra cost. People take 23andMe tests for a variety of reasons, whether to find out about their carrier status before they start a family, or to screen for predispositions to diseases (including breast cancer, Alzheimer’s, and Parkinson’s), or to find out their ancestry – or simply for fun.